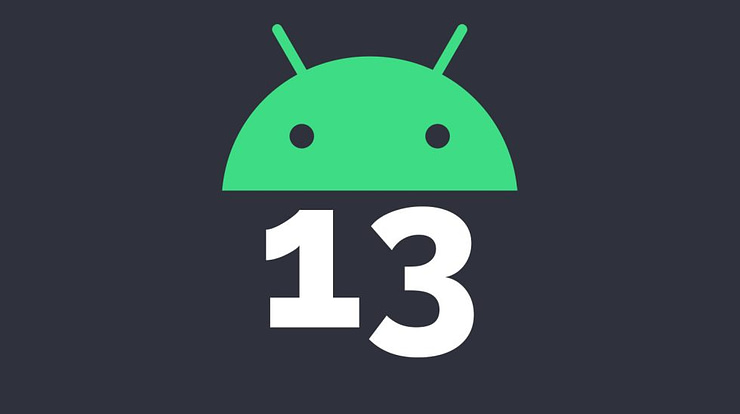 Recently, on August 15, Android 13 was released, which is the latest version of Android or Easter Egg. New features have been added + many types of bugs have been fixed.

Many people know that since Android 9 (pie) they have stopped using the names Lollipop, marshmallow, kitkat, oreo in their Easter Eggs.

They decided to name the remaining Android Easter Eggs from Android 10 or as many new Android versions as Numberic will come through the New Update.

According to some websites, blog posts, content creators, Android 13 is being called Tiramisu this time. Many say that Android 10 was called Quince Tart, Android 12 was called Red Velvet Cake, and Android 11 was called Snow Cone.

But many people don’t know about it. What I was saying in the previous line, they are not called Publicly anymore. Many people do not know. So officially now it can be assumed that Android 10,11,12,13 will be called in their numerical way.

Anyway, let’s take a look at what new features have been added and what they do.

In Android 13 you can see a variety of new color palettes that you can extract from Wallpaper. 16 types of different color themes + new color theme options are available in these.

Those who used Android 12 must have known that Material U is one of Google’s new features for Android. Here you get lots of Themes & Wallpapers Customization Options.

Which has been upgraded to Android 13. It has been made more Smooth, Bugless + many more types of color patterns, color palettes, color schemes, themes etc. have been added.

In this Android 13, they have brought Wallpaper based color palette where you can extract color separately from any wallpaper and use it in the theme.

This is really a good news for customization lovers. In android 13 of 2022, you can see a new customization feature called auto theme.

Through this feature, the icons in your UI will automatically change with the theme. Which looks absolutely amazing.

Love More: Iphone 13 is good choice for you?

But there are 2 problems here.

The first is that it is currently only available on Pixel devices. And secondly, it will work only in those applications in which the developers of those apps have added the monochrome icon add option to use material U.

But yes, there are solutions to both problems. For now, those who are using Google’s Pixel devices will not have any problem. It will slowly start coming to other Androids as well.

And the 2nd problem cannot be called a problem. Developers will slowly fix these. Just waiting for time.

Android 13 comes with various new Widgets, UI changes. When playing music, the bar through which the audio change is made is now given as a kind of curve like a snake.

Clipboard is now used by almost every person. Various types of information can be saved in Clipboard by copying and pasting. Which is useful for different needs at different times.

This is especially useful for those who do multitasking. In Android 13 you can see the new layout of this Clipboard. Through this, you can take a picture in the camera and see it in the preview. From now on, as soon as you copy any text, it will be previewed below.

If you want, you can also edit the text in the Clipboard which was not there before. I found this feature very useful. Because many things (text) can be edited through this feature which could not be done before. I miss this feature a lot.

Also, if you copy any image like IOS, it will also be saved as a clipboard, which will show a preview. You can re-edit it however you like.

Another privacy feature has been added here. As a result, from now on, any unwanted app will not be able to see any sensitive information on the Clipboard.

It will basically work through the sensor and as a result, even if you keep (eg password or your bank details or something confidential) on the clipboard, no app will understand it. Because that app will empty the clipboard.

I think this is a great feature for privacy centric people. Also, you can copy any text, photo, etc. from android mobile to android tab directly in an ecosystem like IOS. These features are coming soon.

For example, from now on, whenever Android 13 users give permission to a new app to access photos, you can select some photos and give access to them without getting access to the entire gallery, so that only those photos have access to that app.

Notification Permission has also been improved. Whenever an app accesses notification, it will ask permission from you. As a result, no app can show notifications automatically.

Notification is a boring thing for many people. Developers have brought this feature with their thoughts in mind.

Many people have been requesting this feature for a long time. This feature was finally released with their thoughts in mind. From now on you can use any language you want in each separate app.

Let me tell you how this feature works. Suppose you have two different apps on your phone that have different functions. You want one app to work in English and the other in Bengali. But by default that app does not have Bengali language.

This feature is mainly introduced to solve this problem. You can use different languages ​​for each different App through this feature.

You can get this option by going to Settings -> App Language. Although not useful for everyone, I think it will be a useful feature for many.

In addition to these, various types of bugs have been fixed. Various Security, UI Improvements have been introduced. Updates are brought to your phone as smoothly as possible.

Also, if there are some bugs through different types of updates, they will be fixed.

So these were some of the features of Android 13 that should not be mentioned. Now let’s come to where the information has been collected.